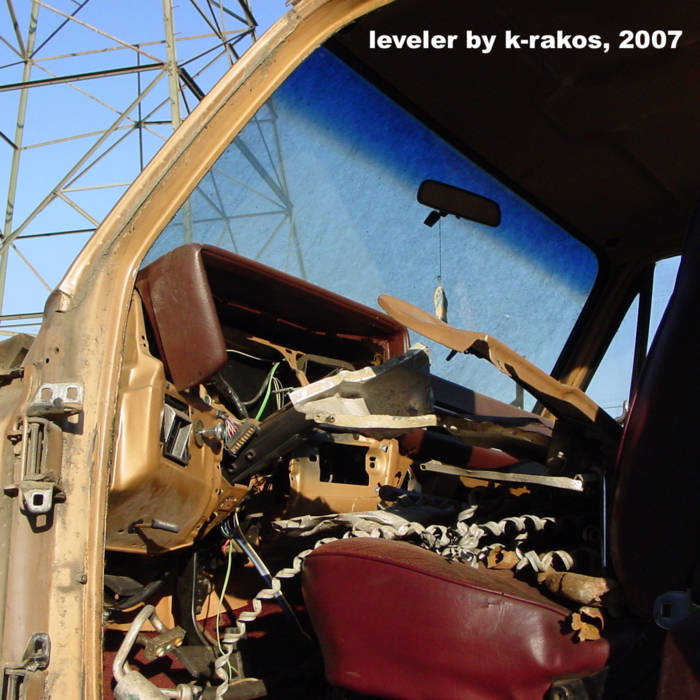 Do a keyword search on 'leveler' and you'll get more than one definition: that which levels, that which destroys, one who seeks to eliminate social inequality and so forth.

Half the tracks on ‘leveler’ were created in 2005 while I lived outside of Chicago, before I knew I’d move to California. And the other half were made in an apartment in Los Angeles, sitting on the floor with my recording equipment propped up on milk crates. Whereas my previous album ‘new realities’ was relatively cohesive and ambient, ‘leveler’ is more varied. There’s a lot of repetition, a bit of noise, and a few vaguely self-help/political/apocalyptic or incidental vocals.

This album contains one of my favorite tracks, yet I once wrote the sarcastic tagline: Crap-tronica at its finest from the world's least popular meuzzishin! A reviewer on iTunes later described this project as "the worst album ever recorded”. Perhaps it’s fitting that one sunny afternoon while cycling along the Los Angeles river bike path I snapped the cover shot of the torn-up truck.

A k-rakos distortion. Refurbished in 2018.