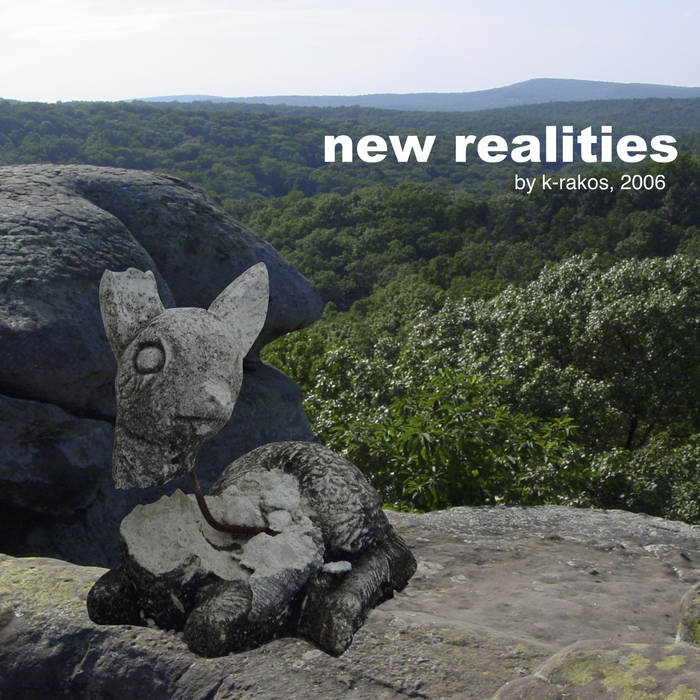 I was living and recording at home in Lisle, IL and commuting by train to Chicago four days a week for work at DePaul University. I felt insecure about my previous album ‘is here’, which featured singing and some traditional song structures. So i turned my focus toward abstract instrumentals, with streamlined structures and limited vocals. I sampled sounds aboard a Burlington Northern Santa Fe rail car, and the birds in my own backyard, creating textures and rhythms with lots of filters, echoes and distortion. Words are used to evoke ideas and emotions, rather than tell stories. The resulting album isn't without flaws, but is one of my favorites in the k-rakos series.

Written during the George W. Bush years while the U.S. was at war in Iraq and Afghanistan, this album expresses the need for change in a moribund world. What appears on the cover is a broken concrete animal statue photographed in a Key West, FL graveyard and crudely superimposed over the bluffs of Southern, IL.

A k-rakos distortion featuring Todd Snow on the track 'inner sanctum'. Remastered in 2017.